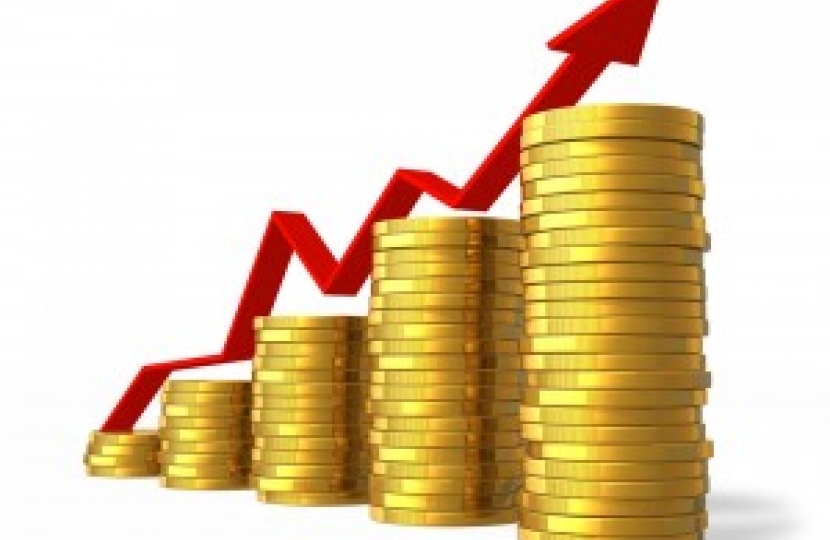 While the local Sandwell Labour party attempts to persuade “you’ve never had it so bad”, a report commissioned by Labour nationally contradicted local miserables and presented a very different picture.

It showed that wages in the area are rising at a faster rate than all other regions in the U.K. with the sole exception of Northern Ireland. On average pay packets grew by 2% in 2015 and 3% in 2016. Average pay now stands at £535 per week.

Sandwell Council, despite the wailings of its Stalinist leader about government “cuts”, as well as shelling out £600,000 for Xmas lights, has managed to find another £1million to reward its lowest paid and most deserving workers.

Another survey conducted by Lloyds Bank showed the fastest rate of job creation for 30 months in the West Midlands in August 2017.

Then, the Midlands Economic Forum data for the same month showed that business activity in the West Midlands increased at a quicker pace than in any other region in the country.

The reports did raise two potential downsides. The first being the near capacity of the region’s infrastructure; the second a skills shortage in some key regional industries.

On the second, Conservative West Midlands mayor, Andy Street was quick to act. He has announced the introduction of half price bus and rail travel for apprentices and trainees under 18.

Often, pay for those in training is low and their travel costs a significant outlay.

This simple practical measure is likely to have the direct impact of attracting young people into training, and incentivising those already in training to continue.

It’s win, win, win when young people get skills to advance in life, industry benefits from their expertise and everyone gains by wealth creation.

Andy Street’s declared policy of attracting investment to the region and his business expertise is an assurance that the infrastructure will be addressed.

Meanwhile in another world, removed from practicality, economic judgement and financial prudence, there was the Labour party conference, increasingly dominated by its trots.

Surprisingly, a small glimmer of reality briefly shone out in terrible warning. This was the admission by the Labour leadership that the election of a Labour government was likely to produce a run on the pound and a massive devaluation of sterling.

And what would cause this? Labour party policies devised by the hard left theorists now running the party.

What would it mean? Not simply that a holiday pint in Benidorm would be more expensive but that we should all be made poorer at a stroke.

This is the clear and present danger of the looney left.