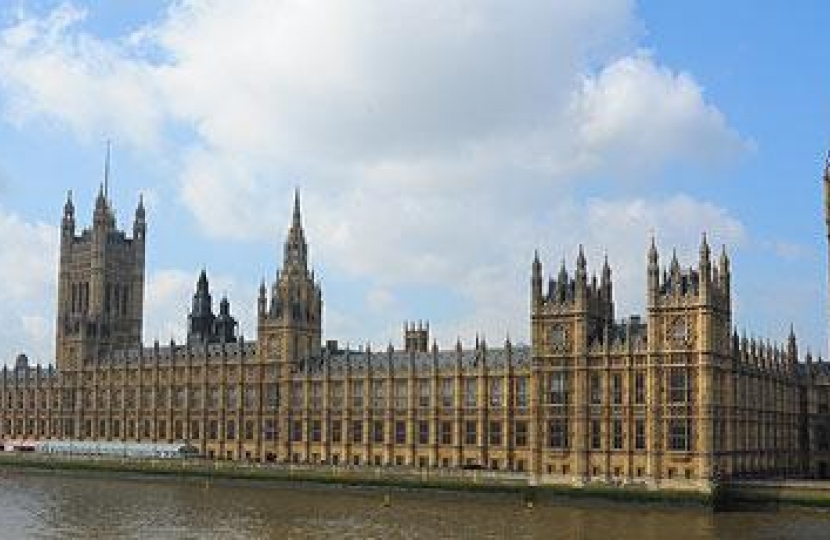 The stench from the Sandwell swamp reached Westminster yesterday when James Morris MP in a Parliamentary debate called for the resignation of Sandwell Labour leader Eling and government intervention in the borough to restore public confidence. Congratulations to James Morris for bringing the issue to a wider public and to blogger Julian Saunders who helped lift the stone in the first place.

On Wednesday, at the Standards hearing of a complaint against Cllr. Ian Jones, it emerged that the council’s monitoring officer had had a private briefing meeting with the panel members. This is like prosecuting counsel secretly meeting jury members before trial and “tipping ‘em the wink about the defence”.

Allegedly, when Eling learned of this he exploded in rage. Not because the meeting had taken place but because news of it had come out. Secretaries were suspended while a leak investigation was launched and parts of the Council House went into lockdown.

Eling’s reaction caused some of his Labour councillors to conclude that he had finally flipped and they awaited the men in white coats with the ambulance at Oldbury’s kremlin. They were wrong.

Eling’s response showed megalomania nothing else. His rule in Sandwell has been categorised by an overbearing autocratic approach and an inability to suffer rivals or opposition. James Morris rightly spoke of “incompetence, corruption and cronyism”.

The stick has included public abuse and vilification. A specialism of Cllr Richard Marshall, whose conduct fell below that “expected of those in public or any other office” and who acted apparently “under direct instruction of” Eling. Their malicious social media campaign was aimed both at fellow Labour councillors and employees of Sandwell council.

When directed at employees, it was part of what James Morris described as the “culture of fear and bullying amongst those who work for and sit on the authority” and, we say, infects and afflicts Sandwell council.

The disciplinary hearing whether internal to the Labour party or council staged was a second weapon. James Morris was “concerned that the standards and audit committee …has been used in a way that preserves the leader’s position and has deliberately targeted certain individuals… while others have been let off scot free”

Wrongdoing requires exposure and censure but the process must be transparent and conducted in good faith. In Sandwell, processes are murky. There appears to be an unjustified selectivity in the choice of the accused and sanctions applied. Eling appointed cabinet members appear to enjoy immunity. Political rivals and opponents within the Labour party appear targeted. James Morris noted that “Former Cllr. Derek Rowley was allegedly involved in the disposal of a number of council owned containers to member of the public” Might Rowley’s continuing leading role in the selection of Labour council candidates have had any impact on the failure to report the matter to the police for investigation?

Quite apart from his social media activities Cllr. Richard Marshal is a bankrupt. The minister responding to James Morris was clear “any individual who is subject to bankruptcy orders is disqualified from standing as, or holding office as, a member of a local authority” Why has the legal department at Sandwell council not spotted this? Why have none of the council monitoring officers acted? Why has the Labour party not acted when Corbyn was sent a detailed complaint by the woman Marshall had bilked, detailing her court fight for recompense and Marshall’s bankruptcy? Little wonder that, with the stream so polluted, Cllr Ian Jones chose to walk out of the Standards hearing.

Eling must go. His defence, that the case against him is “malicious and unevidenced” is nonsense. His usual bombast, on BBC WM this morning, wholly unconvincing. Challenged on the WhatsApp communications he emphasised “I” did not ask Julian Saunders to give the chief executive “a kicking” on social media. [In fact the questioner should have referred to the deputy chief executive and should have asked whether Eling, Marshall and Saunders meet in a pub to set the whole thing up] Eling was allowed to escape with evasion while preparing, not very subtlely, to hang Marshall out to dry.

Marshall is the dead man walking. But there are others who must go too; those described by one commentator as “low life swamp dwellers”, Eling cronies and pensioners, whose only loyalty is to their purse.