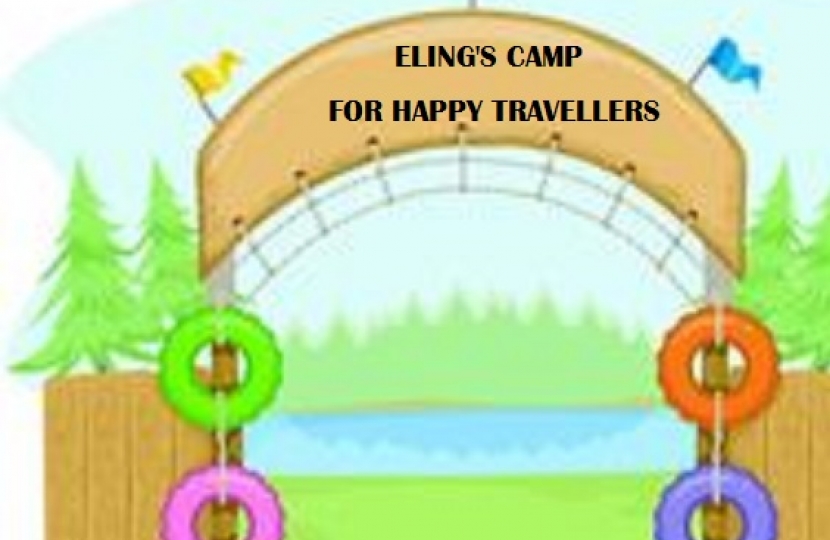 Most of the residents of Sandwell don’t want travellers in the borough. This view is informed by experience; residents have seen playing fields, verges and parks occupied, been intimidated and suffered mini crime waves and been confronted by piles of rubbish and filth left behind by travellers. Owners of private land occupied by travellers have received limited help from council or police, had their businesses disrupted and been put to expense.

While this has been happening in the real world, Sandwell’s Labour council and its leader, and part time Sandwell resident, Cllr. Steve Eling, have had their heads firmly stuck in sand. Whether through ignorance or political correctness they seem to regard travellers as “old Meg she was a gypsy who lived upon the moor” types when it would be more accurate to identify “Mick the white van man who collects “scrap” where he can” as a more typical modern traveller.

At a cabinet meeting in late 2016, Eling attributed difficulties with travellers in Sandwell to one or two rogue families and minimised the problem. This was obvious nonsense and showed his remoteness from everyday experience and reality; the type of ignorant arrogance which rightly causes the public to distrust some politicians.

By the time of the cabinet meeting on 11th January 2017 Eling was better informed (perhaps by us?) and painted a more accurate picture of increased crime, rubbish, damage and cost to the council tax payer. “We can’t stand by” he growled and “allow (this) to continue”

The fact that he and his council had stood by for so long and, despite hype and spin, were effectively not proposing any more effective means of dealing with the traveller problem, rather undermined this rousing declaration.

But Eling has a more harmful scheme in mind. This plan is to establish a transit camp for travellers in Smethwick. His reasoning, straight from cloud cuckoo land, is, if there is this site, travellers will not park illegally in Sandwell but will choose “Steve’s site” as their camp of choice.

On the contrary, there is an obvious risk that this camp will prove a magnet to attract more travellers, causing more to descend on Sandwell than can be accommodated on this and other existing sites. The problem of unauthorised encampments will continue, even multiply.

If there is any charge to travellers to recoup building and maintenance costs (which there should be if local resident council tax payers are not to subsidise travellers) will travellers use the site or elect to park free and unlawfully? Finally a council run site involves rules and regulations. It must be doubtful that many travellers will submit to these constraints and likely that they will choose the freedom of unauthorised encampment.

Our answer is to discourage not encourage. This means, among other actions, speedy evictions from unauthorised sites and the robust enforcement of the criminal law. While Sandwell is seen as a soft touch the problem will continue. If it becomes “unwelcoming” for travellers, the difficulties will diminish.