COME ON CORBYN, CUT THE CLAP TRAP AND ACT IN SANDWELL 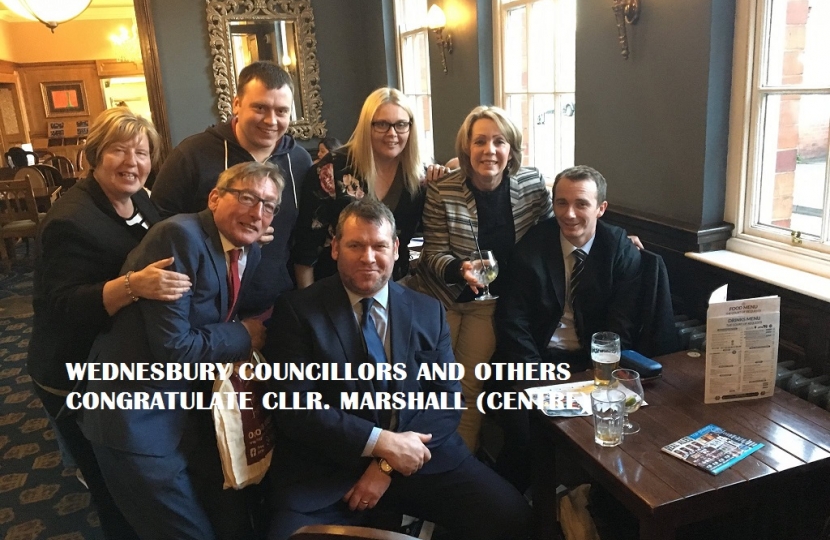 Little wonder that the trots and moral defectives in Wednesbury North Labour party wanted to dump Adrian Bailey as their candidate at the last General Election and have been sniping at him ever since.

Adrian Bailey may very well have triggered the current revelations of misconduct by MPs with his call for the suspension of Smethwick’s local failed builder and bankrupt, Cllr. Richard Marshall, the Eling appointed head of Leisure at Sandwell Council.

Mr. Bailey’s stance was decent, principled and direct, qualities not highly regarded among the left wing activists and those self interested Labour councillors, easily bought and sold with the cash of a “post of special responsibility”.

He defended two female Labour Sandwell councillors against the foul mouthed menace of Marshall, whose machinations and character assassinations seem to have been committed on an industrial scale. He called for the suspension of Marshall from the Labour party and criticised that party for its slowness to act upon complaints made.

Jeremy Corbyn, who has spent most of his adult life pipe dreaming about theoretical Marxist heavens, has run nothing and practically done nothing and only became leader of his party by a series of accidents, of course, has much to say on the topic of abuse of women. As usual, it is mealy mouthed verbage.

“The atmosphere of abuse of women is a very very serious one. There has to be a proper system of people being able to report-more particularly- being able to report if they have been abused in any way. And have it dealt with in a timely and proper manner” Corbyn told LBC listeners on 26th October.

Complaints to Labour regional officers about Marshall’s activities have produced no action.

In Sandwell, Cllr Maria Crompton, one of Marshall’s victims, in an interview with council Labour leader Eling obtained an admission of Marshall’s wrongdoing but Eling refused to take any action against Marshall.

Eling’s resistance is unsurprising if, what is alleged, be true, namely that Marshall was acting at the behest and on behalf of Eling. Ever since his election as leader, Eling’s administration has been one of carrot and stick. Council tax-payers of Sandwell have forked out special responsibility payments for non job sinecures to reward Eling adherents while a campaign of vilification has been conducted against opponents. That one female victim councillor suffered a heart attack was seen as no ground for discontinuing a vendetta against her and her family.

If Eling is behind Marshall, as is claimed, then there is no reason why the organ grinder should not suffer the same penalties as his monkey.

The intelligent Labour MP for Yardley, with a delightful personality, Jess Phillips, who last night, on T.V., with a few gentle asides absolutely demolished Nigel Farage, has warned that when it comes to sexism “left wing men are literally the worst”.

Nevertheless, the message to Corbyn is “Pull your finger out, ditch the Marxist musing and act to clean up your party in Sandwell”.