CHAMPIONS OF THE OPPRESSED? 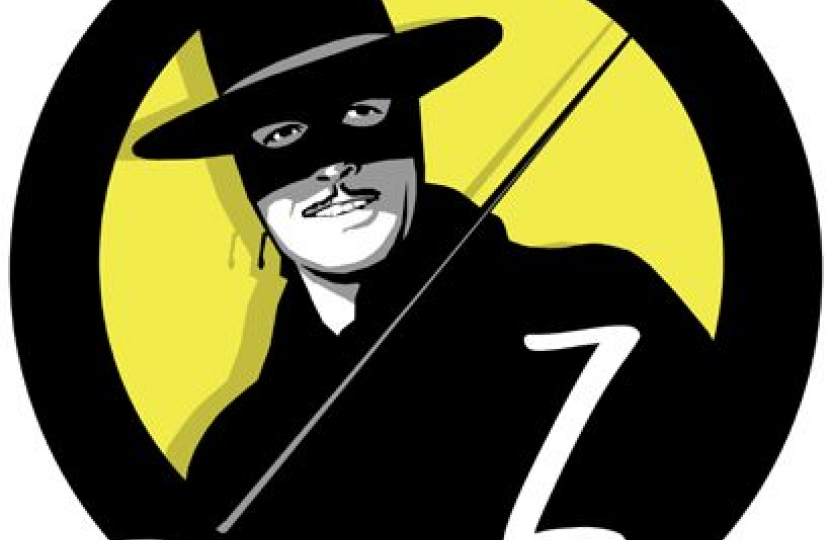 When a West Bromwich West constituency Labour party, (CLP) meeting recently proposed an investigation into the activities of Cllr. Richard Marshall there were some significant abstainers.

We are told, a lone vote against the proposal was registered by a Wednesbury North party member, Mr. Paul Agg, a leading light in local Momentum, the far left Corbynista backing group. Other Wednesbury north trots kept their heads down and contented themselves with abstaining.

Among the “don’t knows” were the fragrant Cllr Elaine Costigan and Cllr “Zorro” Hughes. The original Zorro was described as “a dashing black-clad masked vigilante who defends the commoners and indigenous peoples of the land against corrupt and tyrannical officials and other villains. Not only is he too cunning and foxlike for the bumbling authorities to catch, but he also delights in publicly humiliating them.”

How far Cllr. Peter Hughes fits this description, given his toadying support for Labour leader Eling’s totalitarian regime in Sandwell, is questionable.

Ranged with Costigan and Hughes, who recently have become bosom buddies, when previously they were like the devil and not so holy water, were two aspiring Labour councillors; Mr. Luke Giles and Mrs. Maggie Dorsett.

Mr. Giles, of course, is a member of the notorious Giles family. That dynasty already supplies two Sandwell councillors, Elaine and Elizabeth Giles. Both enjoyed the rare distinction of being de-selected by their local ward Labour parties for being hopeless. But, you can’t keep Sandwell socialist royalty down and both were parachuted into unwilling other wards where their track records were less known. The Godfather of the tribe is prominent in union circles.

Mrs. Dorsett, who we are assured, despite her brogue, is not the mother of missing Wednesbury North councillor Tony Meehan, has an interesting history. She was embroiled along with Costigan in Wednesbury Celebrates which the council’s Audit Committee was anxious to investigate, mistakenly, but understandably, believing that it was a council run organisation.

Wednesbury Celebrates which has recently changed its name, perhaps, to cover tracks, has just lost Mrs. Dorsett’s services as secretary. Whether she is intending to spend more time with her family or on political activity is unclear.

It was Mrs. Dorsett who made the complaint, (convenient and welcome to the Eling camp), that she had been bullied at Wednesbury town hall. That resulted in Cllrs Ian and Olwen Jones and Bob Lloyd being disciplined and temporarily suspended from the Labour party. It would be understandable if this feeble old lady, who at a previous CLP meeting had courageously stood up to present a motion critical of its Labour MP, were now seeking some earthly reward from Eling’s Labour for the trauma suffered.

At least she did not suffer alone. Cllr. Costigan revealed in a social media chat with Darryl Meagher, UKIP’S Sandwell chairman, that she too had been bullied by the Jones clan, so that for years she had worked hand in glove with them in what must have been another instance of modern slavery.

it was pleasing to see her throw off this yoke and achieve cabinet rank in Sandwell, as some small compensation. The post will tax her capabilities but mean another £10k at least.

It’s nothing short of remarkable that Costigan and Dorsett, themselves “victims” of “bullying”, sat on their hands against an investigation into bullying by Cllr. Richard Marshall. Extraordinary that neither Luke (the young Lochinvar) Giles nor the great Zorro rode in to defend Marshall’s victims.

Or are we missing something?