This is Connor’s third time as a candidate in the Bristnall ward. So he’s well aware of local problems and knows the widespread feeling among Bristnall residents that they have been taken for granted and ignored.

Born and raised in Sandwell, Connor lives in Warley. Currently he‘s a  first time new father which makes him even more determined to make Sandwell a better place to live in.

Keen on environmental issues, Connor is a strong advocate of the local Conservative “brownfields first” approach. “The council is destroying valuable green spaces. Building on them while letting derelict land remain undeveloped eyesores. Our green spaces are precious to us in Bristnall and should be maintained and invested in for the benefit of the community” says Connor

Connor wants to tackle crime anti-social behaviour. “Too many crimes are committed in Bristnall” says Connor “We need effective partnerships to combat the causes of crime along with stricter law enforcement”.

As a business development consultant, Connor has wide commercial expertise dealing with a variety of local enterprises both large and small.

KEEP IN TOUCH WITH CONNOR 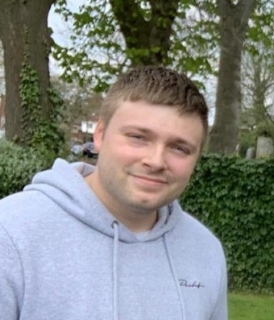