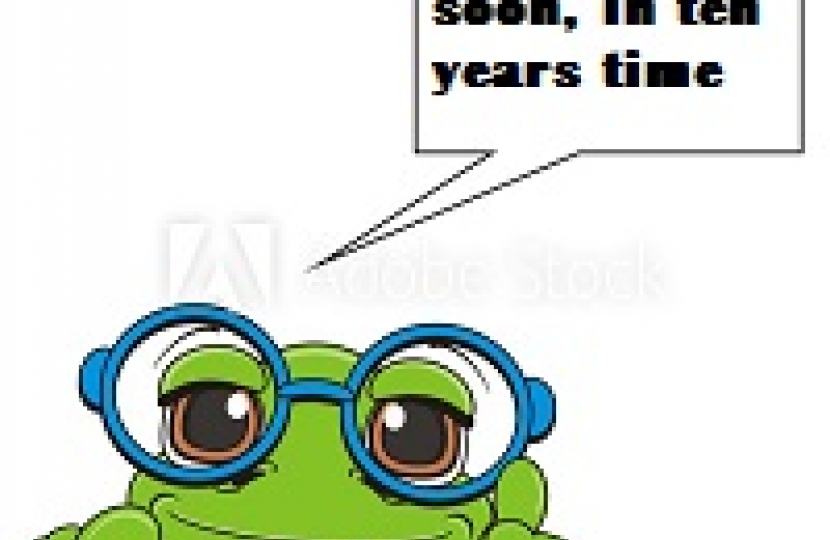 Cllr. Peter Hughes, Zorro as he calls himself, (many of his Labour councillor colleagues use less flattering epithets of him), is due for re-election next May.

This explains the annual announcement in the Express and Star of the proposal to build a medical centre on derelict land next to Wednesbury Leisure centre and an accompanying pic of the man himself gazing somewhat wistfully at the empty site.

And well he might look wistful. This is a project which has been promised to the folk of Wednesbury for a decade. At every election a glossy Labour leaflet proclaims this project and nothing happens. Never has a promise made, so frequently, been broken so consistently.

This shows the contempt Labour has for the electors of Wednesbury North and their councillors’ belief that Wednesbury folk will buy any old pig in a poke.

Perhaps, also, the public of Wednesbury is more concerned, in normal non Covid times, with quality of their GP services and the availability of appointments rather than with the premises from which they are delivered.

The site to be developed in King Street has been derelict for 12 years. It formerly was the site of Kingsbury House a council run care home until the council, despite local opposition, shut down its residential homes and shipped their aged residents hither and yon regardless.

The medical centre has been in the promise for almost as long. Contrast that with the speed with which Sandwell council is throwing up the Commonwealth Games swim pool in Smethwick. It would not be too critical to say that Sandwell socialists have form for preferring vanity projects over the bread and butter needs of the people. Remember the Public which was to be an interactive gallery of world renown and ended up the annex to the F.E. college?  Today it’s a fortnight of games glamour being prioritised over the health needs of Wednesbury people. Had the same will been applied to building the Wednesbury health centre, a much less costly and less complex building project, than the Smethwick  baths, folks in Wednesbury would have been benefitting from its facilities for the last decade.

It seems what has caused the medical centre delay has been “a funding gap”. This is code for saying that the council was not willing to put its hand in its pocket to develop the site. How unlike its approach to the Smethwick swim pool. The prospect of the medical centre is now only a little nearer because another body, the Black Country Local Area Partnership, has stumped up the cash to clear the site

Zorro says he’s proud. If he wasn’t so hard faced, he’d be ashamed. Ashamed at the delay in delivering what is no more than a small low rise office block with, and this is the concern of local residents, on the approved plans, inadequate parking provision on the site

The delay in developing the King Street site is mirrored all around the borough. Acres of derelict land remain available for fly tipping and to provide eyesores for residents while Sandwell council promotes the destruction of priceless green field amenity sites such as Londonderry fields on which they’re building that swim pool.