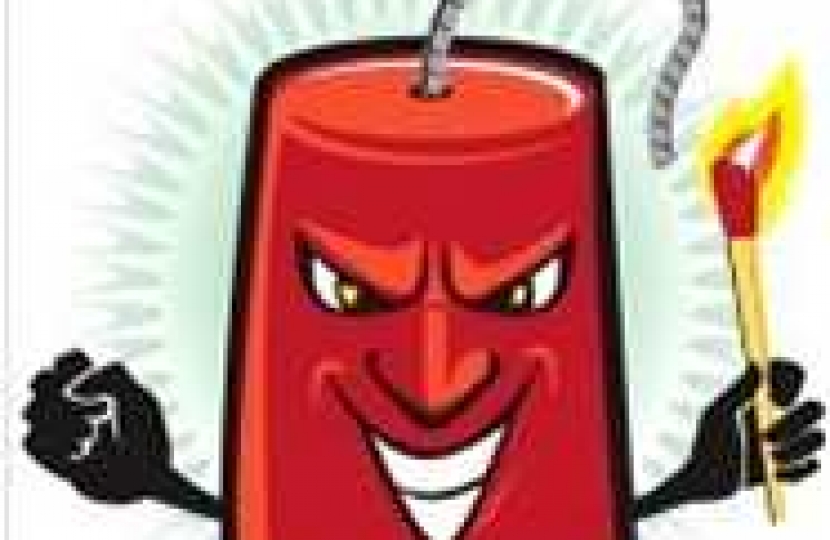 Experts have urged people in the interests of safety to attend public displays and avoid bonfire and firework celebrations at home.

This is dubious advice in Sandwell given the safety record at events organised by the council.

In 2014, three people were injured by a “rogue” firework at the council event in Brunswick Park Wednesbury. The event, described as an organisational “shambles” on social media, saw problems with crowd control so that the firework display to be delayed before that incident.

1n 2016, at the Dartmouth Park event, it became necessary to open gates to allow free entry to end overcrowding threatening “serious incidents and injuries to staff and visitors”.

A Royal Society for the Prevention of Accidents report was highly critical of the planning, organisation and operation of the event.

The odd decision to charge entrance at Dartmouth Park, (a similar display in Victoria Park Smethwick was free), was a cause of the problem. Worsened by the council giving “no consideration” “ to providing sufficient float” to give change to paying visitors, the result was potential disaster.

Security guards were reported to have taken unauthorised breaks and become aggressive with visitors. By searching visitors, contrary to instructions, in the confined area between entrance and pay booths they added to the dangerous congestion. Only half the number of wardens who had attended the previous year turned up in 2016. Radio communications were a mess.

People were struggling to leave in the same area that people were attempting to get in.

It might be expected that lessons would have been learned particularly after the recommendations of the ROSPA report which urged better planning and training.

“A few more volunteers are needed to assist with the bonfire event at Dartmouth Park, West Bromwich on Saturday 4 November. Volunteers will be required from around 3pm until 10:30pm approx., however we are hoping the hours will be less than this.

Volunteers will be offered a free family ticket (2 adult, up to 3 children).

To volunteer, or if you know anybody who would be able to help, please contact …..”