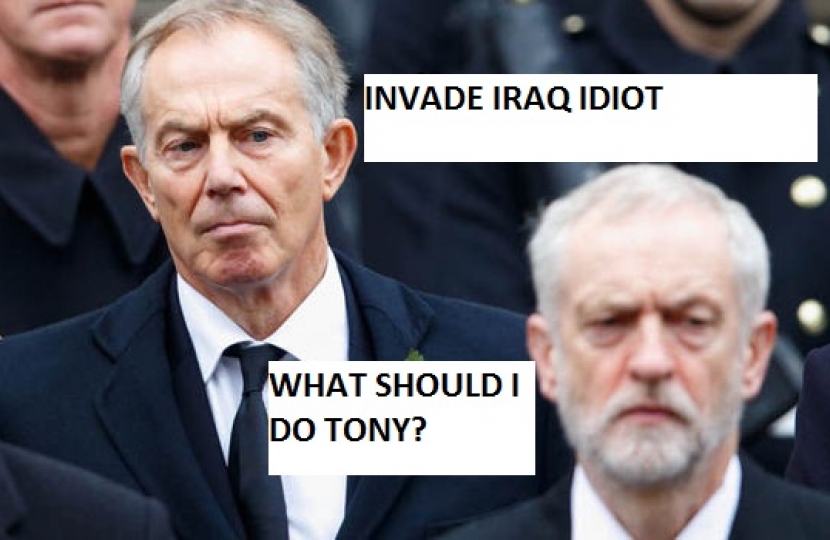 Former Prime Minister and ex Labour leader, Anthony Charles Linton Blair told the BBC’s “This Week’s World” that a government lead by his successor Jeremy Bernard Corbyn would be “a very dangerous experiment”. He also said that many dislike him not because of the Iraqi war but for winning three elections for the Labour party. Then the men in white coats arrived brandishing a large hypodermic syringe. Some Sandwell electors who say they vote Labour "because granny did" seem not to have noticed how the party has changed. Nor how, with two simple steps intervening, its leader has morphed from war criminal to quiche eating surrender johnny.