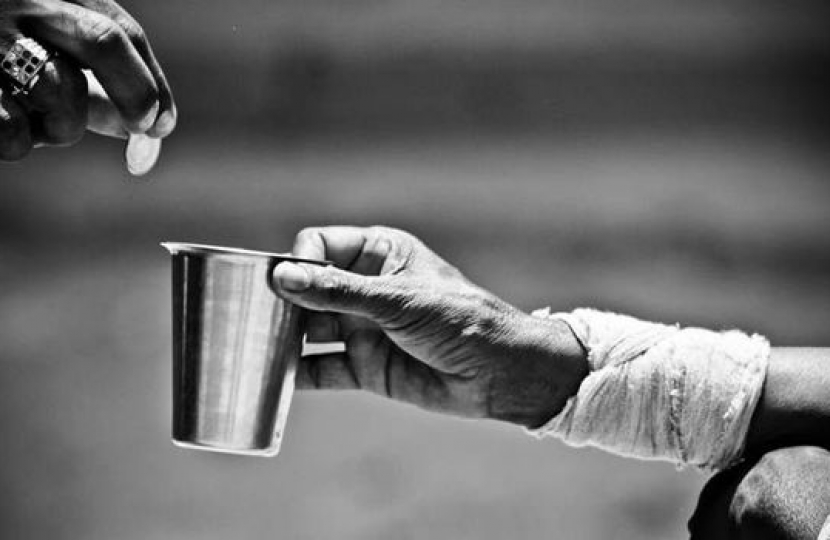 Cllr. Eling, Sandwell’s Labour leader, has a favourite tune “Buddy can you spare a dime”.

Endlessly, he whinges about government “cuts” yet boasts that Sandwell has maintained essential services. If true, this invites the logical conclusion that £millions must have been wasted on non essential projects before any cuts. How else can the same or more be done with less?

Their leaflets claim Labour is defending Sandwell people against wicked Tory cuts. No word of Labour raising council tax by almost double the rate of inflation and just short of the rise that would need public approval through a referendum. Not that today's Labour party has much time for democracy. Corbyn and Momentum are happiest when the few decide for the many simply because the many, including the responsible, respectable wing of the Labour party, can’t swallow their half baked Marxist mantras cobbled together in multi-million pound, Islington, London mansions.

The truth is that Sandwell’s socialist council always manages to find the cash for glamour projects and will not hesitate to cut provision for real essentials, such as childrens’ services, or sting ordinary families by increasing council tax, to support this waste.

The latest spend for prestige is the Aquatic’s Centre for the Commonwealth games.

Not only is it Eling’s plan to sacrifice a green field recreational site to build the thing on, but the real cost will far exceed the £7.5million originally trailed.

Here is the internal council memo, Eling and cronies would rather Sandwell electors, not see.

"9.1 The total cost of the recommended option is estimated to be in the region of £60m. However, 75% of the cost of the enhanced facility to meet the Commonwealth Games requirements would be met by the Organising Committee.

9.2 To deliver this project the Council will have to commit to an in-principle amount of £27.6m. The remainder of the funding will be met by the Commonwealth Games Organising Committee. "

So they’ve taken the figure they first thought of, multiplied that three and a half times to give an in-principle amount. Heaven knows what the actual cost will turn out to be.

Perhaps Cllr Eling has a mate who’s a local builder and who’s, shortly, likely to have a lot of spare time, to give him a cheaper quote.