NOT SO MERRY GO ROUND 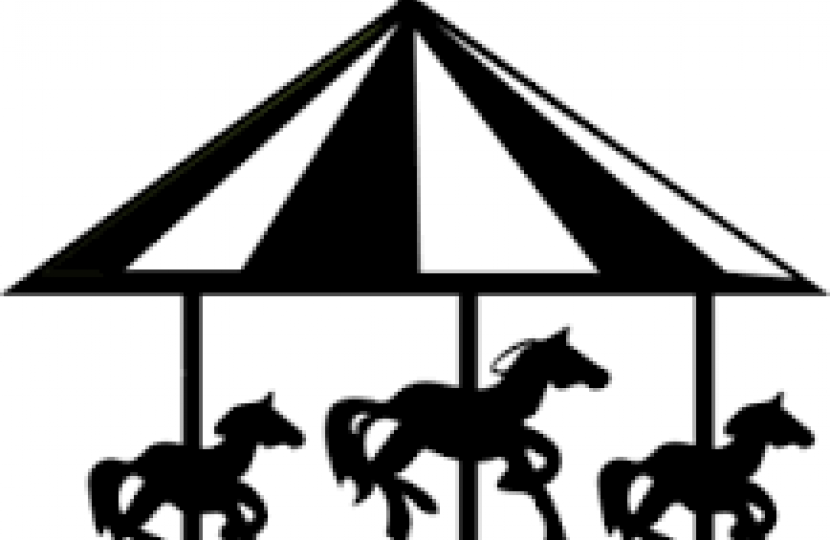 Whatever trust and confidence Sandwell electors placed in their Labour councillors is not shared by the Labour party nationally.

In the past few years, the Sandwell Labour council group has been split into two warring factions. First evident in the election of Eling as leader in 2016. Eling then secured the leadership by a single vote triumphing over Yvonne Davies but not without half a dozen Labour councillors being disqualified from voting because they had not paid their subs to the Labour party. Accidentally, it appears that most, if not all of the disqualified were Davies supporters.

Having crossed the winning line by the shortest of heads, Eling set about consolidating his position employing carrot and stick. The carrots were cabinet and other posts of special responsibility. The sticks were public denigration of opponents backed by disciplinary proceedings, and Davies personally and her supporters were victimised.

Eling is now suspended by the Labour party precisely because of his shenanigans in this respect. Interviewed on more than one occasion by Labour party officials, Eling is well aware of the nature of complaints made against him despite his claims to the contrary. Retirement to the Derbyshire country house seems the only option.

His latest observation “It’s so rotten and there is a cancer in there and we have got to do something about it……….I’m alleging corrupt practices” is easy to dismiss as pure Eling venom spiked with sour grapes but the comment is rooted in fact.

The Sandwell council system of posts of special responsibility has in it all the hallmarks of institutional corruption. These posts carry often little or no responsibility for which their holders are paid excessive amounts. There are so many posts that one is available to satisfy the greed of practically every one of the 72 councillors. They are used by the council leadership to secure support and ensure obedience. Result; a nodding dog displays more animation and independence of mind than the average Sandwell Labour councillor.

The system corrupts donor and beneficiary but more it costs Sandwell council tax-payers, together with standard allowances, £1million plus per year.

An added bonus is that Labour councillors are required to pay 5% of their council earnings to the party. This means a hefty annual donation from unaware Sandwell tax-payers to the Labour party.

Against this background, the first intervention of the Labour party came before the May council elections with the deselection of a large number of councillors. Really, a cull of Eling supporters

The writing was on the wall at the election count with some of the chief beneficiaries of the Eling regime apparently more concerned with preservation of their posts than with their re-election which they took for granted. A particularly vacuous Eling appointed cabinet member seemed, unusually,  to have left her cackle at home. Present was a genial Mr. Mahmood Hussein, the former disgraced Cllr. Hussein, looking as if he’d stepped out of Burton’s window and not at all ghostlike, come to monitor his interests and candidates.

The election resulted in a rebalancing with the Davies faction see-sawing up and their opponents going down. Cllr. Trow, after only two months as Eling’s replacement, stepped down as leader. Suggestions are that he was unwilling to engage in the bartering of posts of special responsibility to maintain his leadership and called it a day.  And so there needed to be a leadership election.

The National Executive of the Labour party clearly felt that Sandwell’s Labour councillors were unable to properly conduct this election and so sent officers from the governance and legal unit to supervise the process. This poses the obvious “if they are unfit to elect their leader without supervision how can they be fit to run Sandwell?”

In the event Cllr Yvonne Davies won by a 2 vote majority but not before three Labour councillors had been suspended by the party and lost the right to vote.

The first was Cllr. Caroline White, daughter of Cllr. Steve Melia. For some it’s a family business being a Sandwell Labour councillor. She seems to be a Hosell groupie, having declared herself in the register of interests as a close friend of Dave. Now she’s accused of helping the Hosells in the election campaign (both Dave and spouse were dropped by Labour and stood as independents).

Cllr. White had some interesting things to say; “Some councillors have only had their own interests at heart and I fear corruption is growing”

Cllr Bill Cherrington, who it’s believed, recently failed to support Cllr. Davies was notified during the afternoon of the leadership election of his suspension and disqualification from voting as was Cllr. Julie Webb. Cllr. Webb, with a remarkable lack of foresight,  is understood to have recently jumped ship into the Eling boat when it was already up the creek and without a paddle.

Signs are that history is repeating itself. While councillors obsessively seek to serve their own interests they neglect the public interest. While they are fighting each other they are not helping residents. Nowhere, is the Labour lie that it supports ordinary people more removed from reality than in Sandwell.