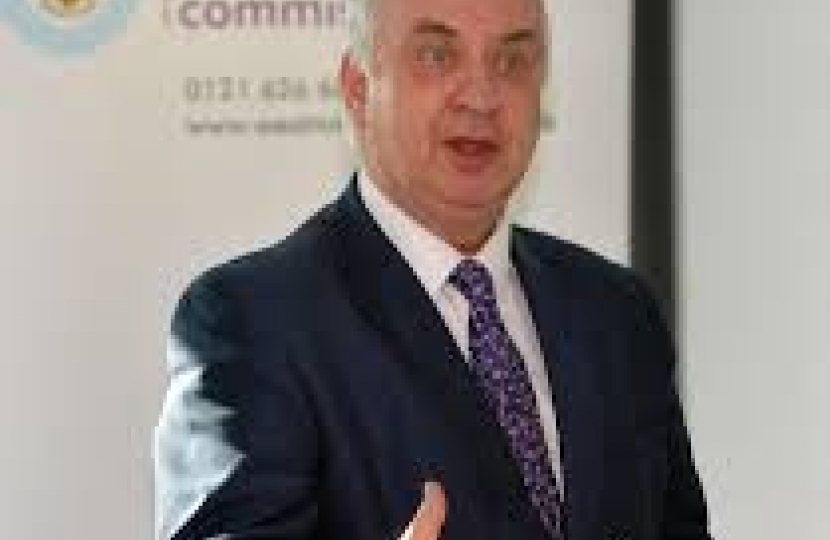 Labour West Midlands Police and Crime Commissioner, David Jamieson’s first couple of years in office, when he appeared to be enjoying a Rip Van Winkle type repose, may be seen as the golden age of his tenure.

Since he has woken up, rather than hold the feet of his force to the fire, which should be his primary function as police commissioner, he has proved a persistent apologist for the deficiencies of West Midlands police. ”Cuts” has been his constant excuse refrain while he managed to squirrel away £100 million in “reserves” and found the cash for a lavish refurb of police headquarters in Birmingham.

His inventiveness in finding excuses for the poor functioning of West Midlands Police has now extended to criticisms of neighbouring forces. “I am concerned that dysfunctional police forces at West Midlands Police borders may have an impact on crime here too” said Jamieson. This “it ain’t me it’s the neighbours what cause all the problems” approach provoked a robust response from West Mercia’s PCC, John Campion who pointed out that, despite Jamieson’s force being more generously funded than West Mercia to the extent of an extra £60 for each inhabitant, levels of violent crime, organised crime, drug offences, burglary and robbery in the West Midlands were some of the highest in the country.

Campion drew the obvious conclusion that Jamieson was trying to deflect attention from his own inept performance.

Perhaps with a view to burnishing his legacy image, Jamieson has scurried after every passing politically correct bandwagon. West Midlands police fail to respond to complaints of open street dealing of drugs perhaps because their commissioner declares that anti-drug laws are unenforceable. Any law is unenforceable if no effort is made to catch offenders.

It’s certainly doubtful whether West Midlands police needs the services of the light fingered. In the past three years £300,000 of equipment has gone missing. In 2018-19 alone 14 laptops, 95 mobile phones and 494 radios were lost or stolen. Another record Mr. Jamieson?

Fortunately Jamieson is retiring as PCC next year. His time in office points the importance of having someone in the job who will ensure the force fights crime effectively. A Commissioner not a Clown.