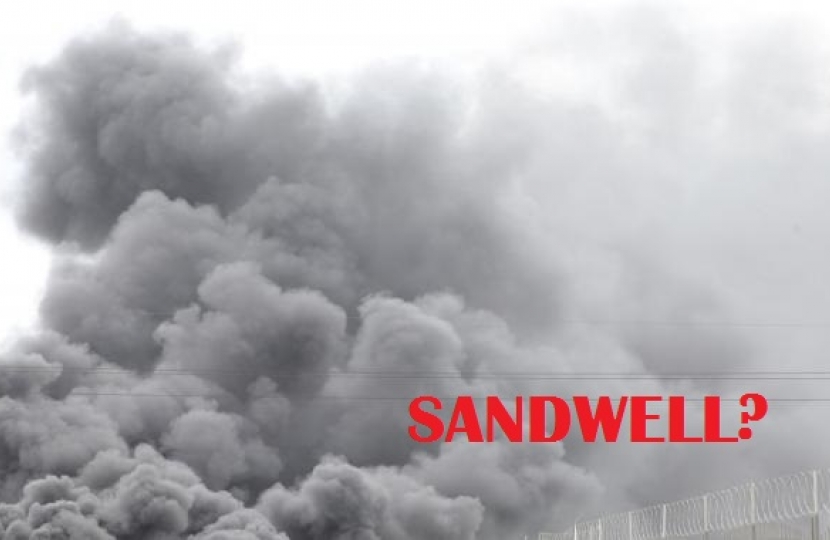 Sandwell MBC’s proposal to close Brandhall golf course and build on the site has importance not simply for golfers and people locally. If it is not viable as a golf club, the whole should be preserved as public green space. Destruction of valuable green spaces, which the council is embarking on in the whole borough, has a measurable damaging effect on the health and wellbeing of its people.

Londonderry Fields has been destroyed in the rush to build a swimming pool for two weeks use at the Commonwealth Games. The site was chosen precisely and cynically because it was green field and, in the short time before the games, could quickly and easily be developed. Despite this, predictions are that the pool will not be finished in time or the council will have to pour more money into the project to get it completed on schedule.

Unnecessary extension of the cemetery in Powke Lane to absorb more recreational green space has been approved by the council. Threatening is the loss of more green space at Lion Farm to build a shopping complex. Only the economic downturn affecting these malls has been a brake on the developer. Waiting in the wings is the council’s plan for building on green fields in Great Barr. So the tide of destruction rolls on.

Meanwhile, the council is sitting on acres of brownfield sites crying out for development throughout the borough. It recently trumpeted the building of a few houses on a site where a tower block of flats was demolished a decade ago. Dynamic or dilatory?

Sandwell has been named the only council area in the West Midlands where the level of toxic particles in the air exceeded the safe limits set by the World Health Organisation. The British Heart Foundation envisaged increased mortality rates and projected 810 deaths in Sandwell from heart and circulatory problems attributable to air pollution.

The leaders of Wolverhampton, Walsall and Dudley councils have recently combined to undertake preservation of green spaces in their jurisdictions. Sandwell council stands out and apart in its indifference.

It should not take a Greta Thunberg to warn Sandwell that it is destroying recreational facilities, promoting pollution, harming the health of many and killing some of its citizens. That‘s how important green spaces are.

TAKING YOUR MONEY AND QUALITY OF LIFE