LOST A PENNY AND FOUND A POUND 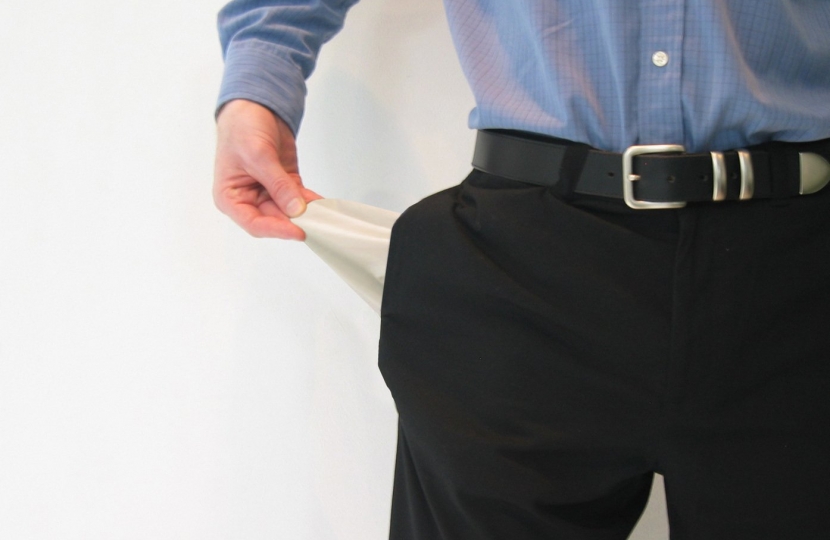 The latest recruit to the Giles family business at Sandwell Council seems to have lost some money.

Each year, councillors are required to complete a form setting out details of their financial interests and personal connections. Its purpose, theoretically, is to avoid any conflict of interest or the councillor secretly profiting from his role.

According to his declarations of interest Wednesbury North Labour Councillor Luke Giles has lost £400.

The boy Luke, a not very bright but very vocal offspring of Tom Watson’s constituency party chair and Sandwell school caretaker, father John Giles must be unique among his family of councillors in suffering a financial loss through service to the community.

It’s a puzzle for anyone with a doctorate in higher maths to solve how £500 received from Unite in May 2018 became £100 a year later. Of course, socialists do have a problem handling other peoples’ money, but here young Lukie seems to have excelled himself.

Mistake hardly seems a tenable explanation because Giles is, wait for it, local vice chair of Unite the Union. Surely, his left hand knew what his right had done even if the brain was bypassed.

These declarations of interest are important to ensure councillors act with propriety. They go to the council’s monitoring officer whose function is to supervise the conduct of councillors. Surjit Tour, Sandwell’s monitoring officer seems not to have been sufficiently on the ball to notice this discrepancy. Or are these declarations simply window dressing to screen the dodgy dealings?

Interestingly in 2018, the chair of Sandwell council’s Budget and Corporate Scrutiny Management Board was Councillor Peter Hughes. He was also the election agent for Luke Giles in the May 2018 election. The purpose of scrutiny is to critically examine the functioning of the council and to guarantee propriety. Election agents assume responsibility to ensure proper conduct of the candidate. On this basis, one can immediately dismiss any notion that the adjustment of the contribution from Unite is connected with any unlawful election overspend or cheating by Giles.

Sadly, Hughes was an Eling supporter, famed for his toe-curling grovelling before the great leader at every council meeting. So his head was one of the first to roll under the regime of the new council leader, Yvonne Davies.  The vacancy created as chair of the Budget and

Corporate Scrutiny Management Board, Cllr. Davies chose to fill by appointing…….. Luke Giles with an extra £8,750 p.a……… perhaps to compensate him for the lost £400.

It could only happen in socialist Sandwell ruled for the few not the many.