A LETTER TO CORBYN 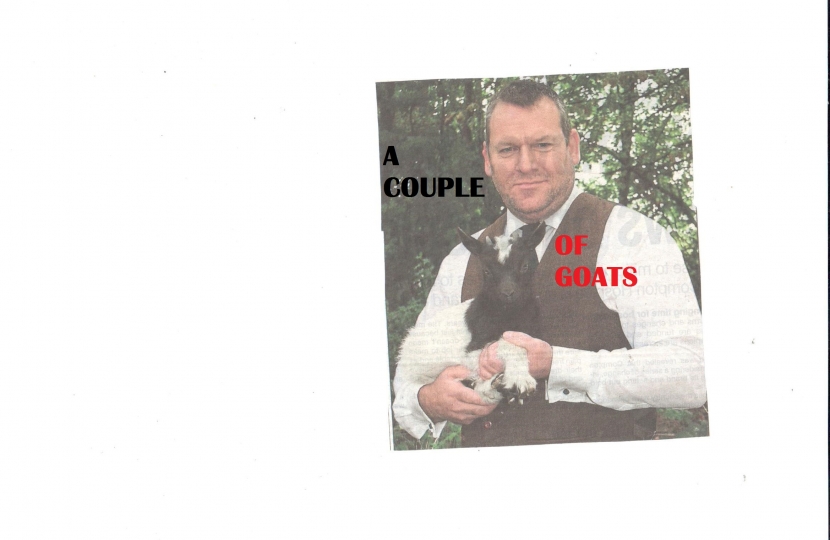 When Mr. Corbyn gets back to his Islington pad from a bit of cheer-leading in Brighton, at the Labour conference, there should be waiting for him a letter from a lady in Bearwood.

The lady from Bearwood is a Labour supporter. She tells Jezza she has voted “Labour my entire life, along with my parents and their parents before them” But the letter is not solely one of admiration. it is a complaint and the complaint is directed primarily against Cllr. Richard Marshall, Sandwell’s cabinet member for Leisure. It also complains against the Sandwell Labour party leadership who have rallied round Marshall, swallowed the nonsense he’s been spouting to justify himself and supported the attacks he’s made on the character of Mrs. Hercberg, the lady complaining.

According to Marshall, Mrs. Hercberg "used and abused" him.

Before anyone coos “there, there didums” to console this failed butch builder, let's consider the basic incontrovertible facts.

Cllr Marshall benefitted to the tune of £40,000 obtained from the recently widowed Mrs. Hercberg.

He claimed it was a gift, she said it was a loan.

She sued, he caved in, so she won at court.

He has paid little or nothing back despite court orders.

As a result he was made bankrupt.

He got the cash, she lost out.

Despite this sorry tale, Sandwell Council leader Cllr. Steve Eling advanced and kept Marshall as a cabinet member. Indeed the propaganda department of Sandwell council has gone into overdrive to promote Marshall. Readers of the local Express and Star have been bombarded with sympathetic images of Marshall such as that above. Hopefully no animal was injured in making of that particular photo op.

In the feuding and in fighting which is taking place in the Sandwell Labour party, the leadership seeks to control and punish by accusing its own Labour councillors of “bringing the party into disrepute”

This undefined offence means whatever leader Cllr. Eling and his cronies want it to mean. It might be questioning a cabinet member on delivery of services for which they are responsible. (Labour councillors have been warned not to question cabinet party leaders publicly without giving them prior warning of the question)

Now, there is a name for men who take money from women and particularly from vulnerable recently widowed women. Few will regard such conduct as moral. Behaviour of this kind in an elected public servant is deplorable. It goes beyond the “private life” to which politicians are as much entitled as anyone else and reflects upon integrity and character. Should it not be seen as bringing the Labour party into disrepute?

Anywhere other than in Sandwell it would be.

In Sandwell, the Labour leadership swiftly brush it under the carpet.

Meanwhile Marshall, perhaps with an eye to diverting attention from himself, is feeding the Sandwell Skidder, if its posts are accurate, gossip and scandal about his Labour council colleagues, sniggering that one has a relationship with “a cock in a frock”.

That remark alone should cause any well run political party which cares for individuals, respects diversity and promotes toleration to immediately ditch its maker.

Mr. Corbyn’s response to Mrs. Hercberg’s complaint and Marshall’s conduct will show what his new version of old Labour is all about. Don’t hold your breath.

The sole objective of the ruling clique in Sandwell’s Labour party appears to be continuance of Labour in power on Sandwell council, not service to its residents. This approach has disturbed and distressed a sizeable minority of Labour councillors who genuinely want to serve and support the people of Sandwell and see that as a councillor’s job.

Bullying and intimidation of it own councillors are the hallmarks of the current Sandwell Labour leadership. It's promises to clean up the council have proved empty. The next council elections will provide the opportunity to restore real democracy in Sandwell and truly drain the swamp

Mrs Hercberg sent us a copy of her letter to Corbyn specifically stating it was not a private and confidential communication. Any communications made to 07751 451 593 or sandwelltories@outlook.com will remain confidential as will the identity of the informant.