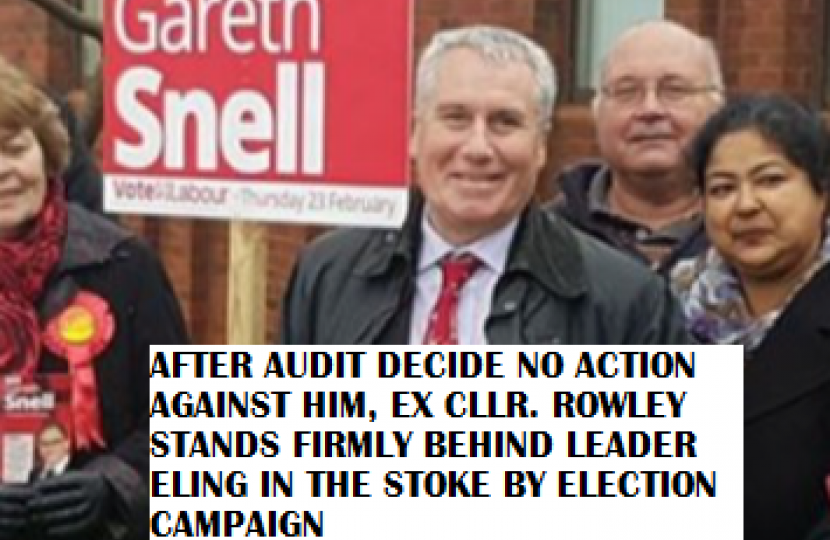 Not content at seeing in excess of £1million of council tax payers money spent on the Wragge report, lawyers and litigation, the Sandwell Council Audit committee plods on through the swamp of possible wrongdoing by fellow Labour councillors and being, some might think, rather choosy in deciding who it fingers.

At Cllr. Piper’s instigation, the committee decided to ask blogger Julian Saunders to tell it all he knew of skulduggery at Sandwell council.

It’s extremely risky to call a witness to give evidence if you do not know what they are going to say. Suppose Mr. Saunders dished the dirt on the wrong person; a Sandwell cabinet member, an Eling acolyte or other worthy, then the proverbial would hit the fan and Cllrs. Piper, Gavan and Jaron would face the frost of disfavour.

Mr. Saunders had, after all, already proved himself “unreliable” by inconveniently exposing the doings of former Cllr. Derek Rowley.

Belatedly, the risk must have occurred to someone, and so Mr. Saunders was invited not to an open, public, recorded session but to meet the committee in private, behind closed doors. How far this represents “honesty openness and transparency” (proclaimed by Cllr. Eling as the guiding principles of his administration), or the good faith of the committee in searching out corruption, is open to question.

Sadly, all was in vain. Mr. Saunders (and Mr. Crow and Mr. Alexandervich; they are all the same person) declined the invitation on the basis that he would speak only in public.

It remains to be seen whether the Audit committee will reissue its invitation; this time to a public hearing and what, if anything, Mr. Saunders has to say.