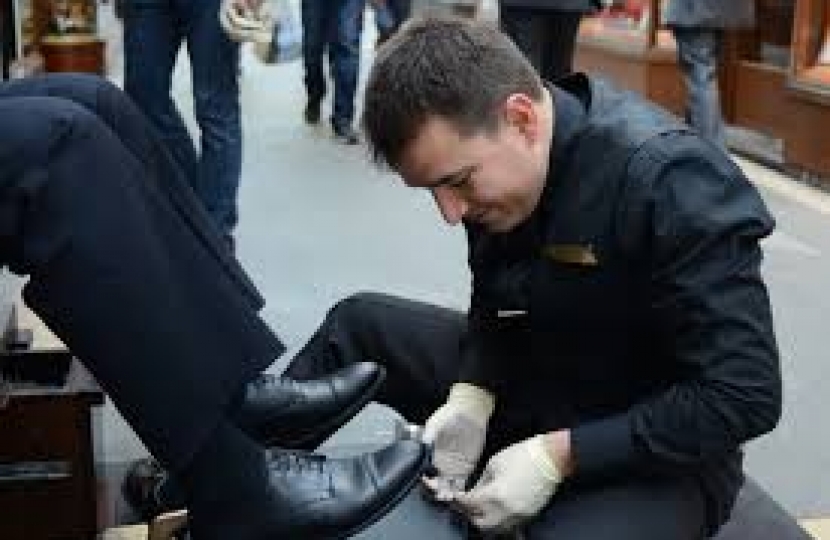 It’s nasty to tread in something. It’s even more revolting to have to get it off the shoe. This problem has recently confronted the Labour party nationally and locally.

Sentencing Fiona Onsanya MP to 3 months in prison for lying to avoid a speeding ticket, Mr. Justice Stuart-Smith told her “I make it plain I will not treat you more severely because of your position as an MP and former solicitor” He then went on to describe her as “a role model for many young black women who have been inspired by your attitude and achievements”

The judge was wrong on both counts. If the public are to trust solicitors and MPs, they rightly require them to have higher standards of honesty than the bloke behind the pizza counter. His second comment was patronising, politically correct twaddle. Suggesting that a lying cheat, which is what Onsanya’s conviction established her to be, can be a role model for any section of the community insults that group.

The Labour party, for as long as it could, stood by Onsanya. Its Chief Whip described her to the court as “honest, trustworthy and reliable”. Whatta mistake to maka.

There is a significant difference between Onsanya and Cllr. Steve Eling, Sandwell Council Leader, also recently suspended from the Labour party. Eling has been convicted of no crime and it’s only fair to describe his suspension as neutral. However, it’s arguable that there must be cogent prima facie evidence of misdoing for the Labour party to expose its dirty linen by suspending the council leader of a large metropolitan borough.

Locally Eling’s suspension was no surprise to those who have observed the doings of slippery Steve since he clawed his way to the leadership. Aided and abetted by a cohort of self-servers bought with council tax-payers’ money, he has done his best to split the Labour party in Sandwell from bottom to bottom.

A common element in Onsanya and Eling is arrogance. She unable to accept the minimal stigma of a speeding ticket and allegedly comparing herself to Jesus Christ when convicted; .he unable to accept the slightest criticism of his rule, though coy, in multi ethnic Sandwell, about which divinity he represents. Not only have Labour council colleagues critical of Eling been harried by him but so have others.

A local blogger, who has done much to expose misdoings at Sandwell council, became the victim of a vendetta in which Eling attempted to enlist West Midlands Police to silence him. Whether through egotism or megalomania, he fails to appreciate that there is no criminal offence of criticising Steve Eling or worse, publishing unpalatable truths about him. Consequently, he sent the police round to the home of Conservative council candidate when he, Eling, took exception to the terms of the candidate’s leaflet. The police admitted no offence had been committed which poses the question what they were doing there rather than attending a crime scene.

Recently Eling lamented “People who have been robbed or burgled report the crime and don’t get a response and feel the police just aren’t there for them” He might reflect that he has done his best to misuse police time and divert resources by his repeated complaints and badgering of the police. However, it’s understood that hypocrisy is not one of the charges levelled against him.

Returning to the shoe metaphor; Onsanya has refused to resign as an MP on the basis that her parliamentary salary is her only source of income. So she will continue to draw her £77,000 behind bars. Eling does not have the same excuse with a part job in Rotherham, yet he clings on. Time for a shoe shine?