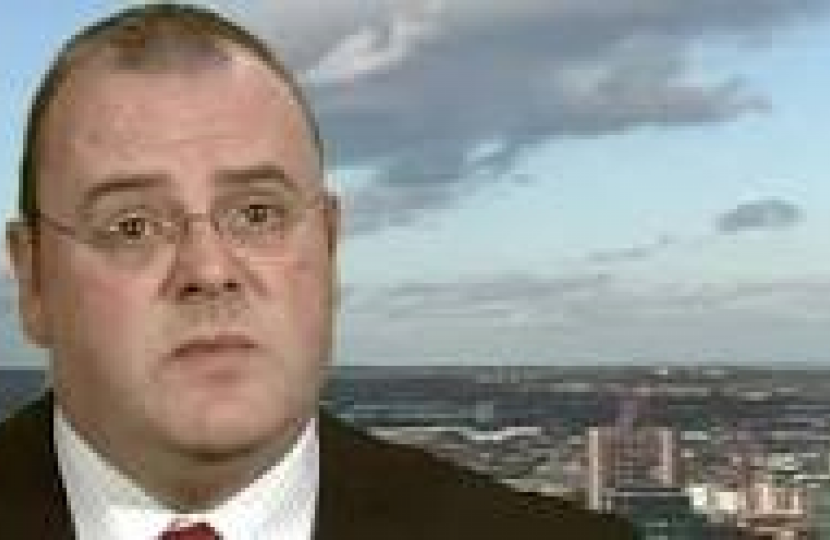 Read the one about the Catholic monk and the lesbian witches?

It seems that a Roman Catholic monk on missionary work distributing leaflets stigmatising some lifestyles as sinful, delivered one to a pagan lesbian couple. Unwilling to risk contamination from the leaflet content, one of the woman attempted to return it to the monk (not an unusual experience for political leaflet deliverers). But (unlike any experienced political canvasser) the monk and the lady got into a confrontation each defending their beliefs to the other with the monk triumphing with “You know we used to burn people like you”. A statement factually correct, but hardly carrying much threat in 21st century Leicester, and not a reasoned persuasive response.

Two weeks later, the monk delivered a handwritten note inscribed “To the witches from the monk” categorising homosexuality as sinful. This allegedly caused one of the woman to suffer heart palpitations and led to the monk pleading guilty to an offence of harassment.

While a majority might disagree with the monk’s views, the question is how far he should be free to express them. It is perhaps the hallmark of a mature and liberal society that it can hear illiberal and immature views and give them the weight they deserve. Don’t most of us bin the leaflets of religious cranks along with the pizza flyers without suffering too much mental anguish?

Those who complain of “cyber bullying” seem to forget that the instrument causing pain has an off button. Advocates of the “switch it off” solution, also tend to argue that it might be useful for kids, and others, to learn that meaningful inter-personal relationships do not require a computer or an i pad. The “switchers off” argue, outrageously, that some “Friends” on Facebook may be friends in a very limited sense, with a “status” unlikely to produce the degree of intimacy got from a passing stray cat.

If the cyber bullied learned this, they might profitably also learn that If these “friends” become abusive, their views have as much relevance as those of the man in the moon. Older people raised with the aphorism “Sticks and stones may break my bones but nicknames never hurt me” find It difficult to understand why later generations seem to have developed such thin skins and the need to be cossetted against criticism, merited or not.

While the impubescent might be affected by internet criticisms it is difficult to comprehend that Cllr Darren Cooper a skilled and experienced political operator, Leader of Sandwell Council and an avid tweeter himself, should be similarly traumatised by adverse blogging. Yet such would appear to be the case.

There is a web-site entitled Sandwell Skidder (thesandwellskidder.blogspot.com) operated by a Mr. Julian Saunders which is extremely critical of Sandwell’s socialist elite. It can be self-indulgent, sometimes illogical and often uses rude words to describe Cllr. Cooper and his colleagues. A particular piece of name calling links the council’s campaign against dog fouling with Cllr. Cooper’s leadership.

However, beyond its ruderies and hyperbole, the Skidder website has contained what may be some important investigative journalism dealing with alleged irregularities within Sandwell Council. It is therefore unfortunate that, if the Skidder website is to be believed, presumably because of a complaint, its author, Julian Saunders, was recently asked to attend a local police station and advised, on dubious authority, against calling Cllr. Cooper rude names in future on pain of arrest.

It is appreciated that police forces nowadays seem to wish to devote resources to investigating odd matters like the sexual proclivities of dead prime ministers, (Mr Gladstone is suspected of trafficking ladies of the night), but it is surely a step too far, even in a hyper politically correct environment, that a police force should concern itself with internet name calling among hardened politicians. If Spitting Image were still going would its studios be raided and its puppets seized?   Would political and social cartoonists such as Hogarth and Gillray be behind bars for giving offence?

A difficulty with political correctness and over sensitivity to the feelings, real or imagined, of those criticised is that truth may be suppressed and wrong doing remain unexposed. Unlike some, we believe that the public should make its own judgement. It does not need to be nannied to the “correct” conclusion nor need a mandate to be given to the boys in blue to censor political comment. It is sad, but, perhaps, symptomatic of the arrogance of the Sandwell Labour party that it seems unable to tolerate criticism and has wholly lost any sense of humour. But these things happen in one party states.