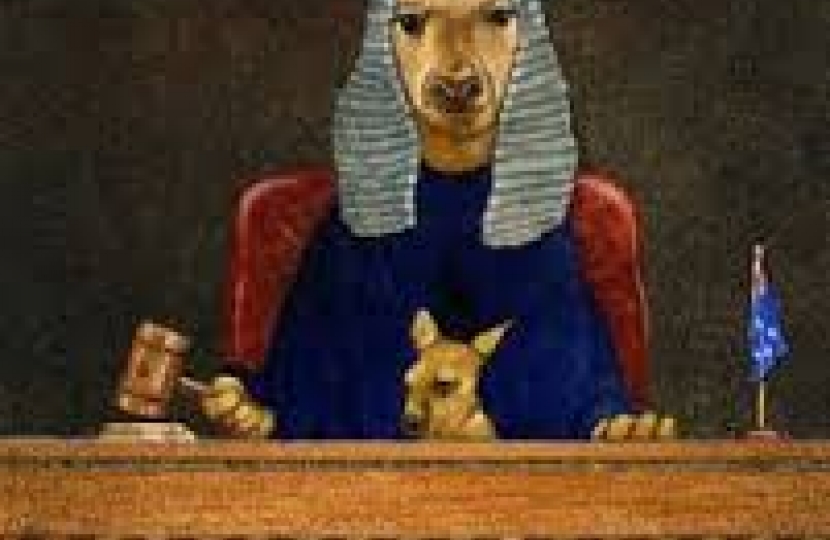 Those with a taste for farce are recommended to view the Sandwell Council Standards Committee hearing held on 1st December.

This was the latest effort of the ruling Eling junta to vilify Cllr. Ian Jones.

The hearing was novel as being the first time that a Standards Committee hearing has been web-cast. It's claimed that this was at the direction of Chairman, Cllr Geoff Lewis, an old Labour sweat. It is questionable whether the decision was his alone and this blaze of publicity contrasts with the way lapses on the part of Eling cabinet members, Hackett and Costigan were dealt with.

Hackett’s breach of confidentiality and Costigan’s failure to declare an interest in a planning application were both swept under the carpet without reference to Standards. In Hackett’s case both Eling and deputy leader Khatun sent e-mails to effectively stifle the investigation.

What was not unusual about the Jones hearing was the ineptitude of the council in dealing with the matter. Cllr. Jones had previously requested an adjournment of the hearing to enable him to obtain legal representation. This was refused by the council’s new head of legal department and monitoring officer on the basis that the issues were simple and did not require legal representation.

At the hearing, surprise surprise, Sandwell council, at public expense, had instructed, no doubt through that same head of the legal department, not one but two barristers. One to advise the committee, another to advise the monitoring officer. Tweedle Dee and Tweedle Dum might have been as effective. In fact, the advocacy of Cllr. Jones rather outshone them.

Cllr. Lewis and his committee after an hour’s retirement, returned to deliver their verdict granting the adjournment Cllr. Jones had asked for. It was really a no brainer. On no basis would it have been appropriate to deny Cllr. Jones legal representation when the council had it in spades.

The question arises why the head of legal services at Sandwell council did not grant Cllr. Jones’ request to adjourn, save the time and trouble of an abortive hearing and avoid expense to Sandwell’s council tax-payers.

It’s important that council officers retain their impartiality. A difficulty in Sandwell is that the Labour party claims a divine right to rule incompatible with officer independence. The concept that “Councillors must not do anything which compromises or is likely to compromise the impartiality of those who work for or on behalf of the authority” though in their rule book is wholly foreign to them. Nothing illustrates this more than Cllr. Richard Marshall’s exchanges with Julian Saunders.

Marshall clearly expects officers not only to be committed to the Labour party but to his wing of it. Officers thought to have any connection with his political opponents in the Labour party are seen as tainted

05/10/2016, 07:47 - Richard Marshall:. We have officers linked to the Dark Side that we are unaware of and unless I can identify them they will remain in the organisation

Marshall’s objective and that of those he represents is to get rid.

To achieve this, Marshall won’t hesitate to run a dirty tricks campaign against individuals. Because Adrian Scarrott was identified as “Hussain's man at S Homes and also involved with Jones eg Wednesbury Celebrates”, Marshall commissions Saunders to pry into his private life; 31/08/2016, 20:23 - Richard Marshall: Evening, got anywhere with the AS police inspector thing?

No-one is exempt. Acting monitoring officer Meic Sullivan Gould whose job was to keep councillors like Marshall in check gets approval when he seems to be on side;

22/09/2016, 09:36 - Richard Marshall: I spent an hour with the temp monitoring officer yesterday going through the Jones Web of corruption, the blood drained from his face a little more at each new revelation

Unsurprisingly, the web of corruption which Marshall revealed and which, according to him, had such a dramatic effect on the monitoring officer, seems to have been unusually flimsy and insubstantial.

But when Sullivan Gould exchanged ordinary courtesies with “the opposition ” Marshall sprang to attack.

04/01/2017, 11:00 - Richard Marshall: You might want to tweet something about Meich the monitoring officer was seen shaking hands and being pally pally with IJ [Ian Jones]and his solicitor in the public gallery after audit in December, starting to ruffle a few feathers

07/10/2016, 17:56 - Richard Marshall: Issue we have is that if we ditch him now irrelevant of the Secretary of State problems all the dead bodies just disappear. We are eeking out more issues whilst we have him in in post than if we got rid.

07/09/2016, 21:24 - Richard Marshall: You may want to ask your followers if anyone knows 'where's Melly' she left the council house early pm yesterday in a strop and hasn't come back since

08/09/2016, 17:21 - Richard Marshall: I dont like to put words in your mouth but if you tweeted "staff told MD on gardening leave and not coming back" .....it will piss off one person more than you could ever imagine and may lead to another scalp.

Clearly, Marshall’s views and strategy were acceptable to council leader Eling or he would have sacked Marshall. Principled Sandwell Labour councillors, to whom the likes of Marshall and the tactics he employed are  alien, are finding it increasingly difficult to remain within a party which seems to have abandoned any ideal of public service in favour of internal feuding and intolerant witch hunting. There are significant indications that the electorate, also, has had enough of Labour's dirty politics.