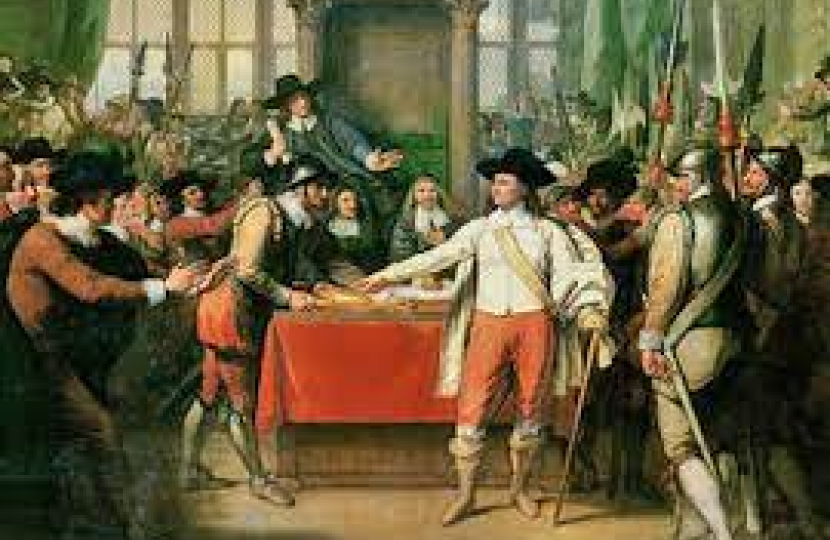 A shocking recent analysis of the working of Sandwell council should convince its people that nothing short of the wholescale rejection of every Labour candidate in the May 2021 election is needed to bring integrity, honesty and efficiency back to that body. The message to that party so long dominant in Sandwell must be, in the words of Cromwell; “you have sat too long for any good you have been doing lately. Depart I say and let us have done with you. In the name of God go”.

Standards among councillors have fallen to an all time low. So many complaints have been made against councillors that extra staff have had to be employed to investigate. Whether the full results of those investigations will ever see the light of day is dubious. Those against whom complaints have been made have an interest in sweeping the dirt under the carpet. Others with a misplaced concern to protect the Labour party are equally unwilling to see the proverbial hit the fan.

Only such considerations can have caused one third of Labour councillors to send a letter to the then leader and chief executive asking that investigations into these matters be halted. The public are entitled to ask of each signatory “What is it you want to hide?” Might this be an example of what our informant calls “Powerful self interest seeking to avoid proper scrutiny” The forecast she makes is that “They will try to bury all the misconduct allegations”

Investigations that have been conducted have reached “truly shocking” findings according to our informant. Listed examples include “cover-ups, misuse of public funds, reports being leaked, use of private e-mails to hide communications and lies told to courts” No if or buts, that list comprises the commission of a number of criminal offences and there is evidence that such offences were routine rather than isolated.

The whistle-blower says “We… have in this Council a culture of deceit and cover-up, sly lies, snide comments, destructive dripping of poison into the public domain” In mitigation, it can be argued that the target of this venom is usually a Labour councillor and the snake that strikes another Labour councillor. This is what the informant calls “Vile baiting, the poisonous leaking, the denigration of fellow elected members for political purposes” Yet while they fight among themselves like rats in a sack, the shop is untended, the interests of the people they are supposed to serve are neglected and more mischief results.

One mischief is “the misuse of funds for political retribution” Setting up a secret slush fund of £300,000 with the objective of silencing a blogger critical of the council is neither an appropriate use of public money nor something of which the public would approve. Yet this is chicken feed. According to our source “Millions of pounds…of public funds have been spent with little regard to the public purse”

Another destabilizing feature and a disincentive to recruitment of quality officer employees is the arbitrary treatment they receive in Sandwell. Our informant speaks of “Numerous officers hounded out of employment because they would not follow the political lead or because they fell out of favour with leadership”. The most blatant example was the ejection and vilification of acting monitoring officer and deputy chief executive Melanie Dudley for doing her job and refusing to conduct a cover up. In many cases confidentiality clauses in severance agreements have gagged the sacked officers so that we shall not know the full circumstances. Invariably those doing the firing have looked to the public to pay the compensation for loss of office.

Being responsible, we do not simply reproduce idle gossip. Our informant with 20 plus years service on the council is in a position of knowledge. She became privy to many secrets. She diagnosed “political corruption ….in Sandwell for far too long”

She is Labour Cllr Yvonne Davies, sometime leader of the Council. The analysis is hers.